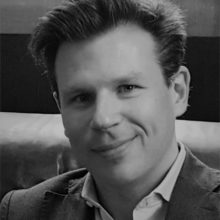 FLORENT MASSE is a Senior Lecturer in the Department of French and Italian at Princeton University and the Director of L’Avant-Scène, the French Theater Workshop, which originally mixes linguistic and dramatic training. Since 2012, he has served as Artistic Director of Seuls en Scène, Princeton French Theater Festival that he has produced annually in partnership with the Lewis Center for the Arts. At Princeton since 2001, he has developed and enriched L’Avant-Scène’s curricular and co-curricular programs. He has directed more than sixty full-length productions of popular and celebrated plays in the French theatrical canon, including plays by Molière, Racine, Feydeau, Corneille, Claudel, Marivaux, Musset, Ionesco, Duras, Lagarce, Mouawad, Pommerat, Reza, Rambert, and NDiaye. He has initiated several enrichment programs abroad for his students and has brought to Princeton a list of prominent French theater artists to perform, direct master classes or teach for a semester. He’s currently preparing future editions of Seuls en Scène and developing several publication projects on his practical and curatorial work.