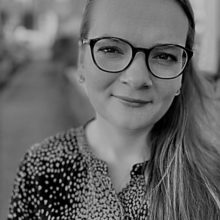 Dr. Natalya Vince is Reader in North African and French Studies at the University of Portsmouth. She is the author of Our Fighting Sisters: Nation, Memory and Gender in Algeria, 1954-2012 (Manchester University Press, 2015). This book was based on an oral history of women who participated in the Algerian War of Independence as part of the National Liberation Front, and was awarded the annual Women’s History Network (UK) Book Prize. She is also the author of The Algerian War, the Algerian Revolution (2020), a new historiography of the war covering the period 1914 to the present. In addition to numerous journal articles, book chapters and co-edited volumes, she is also co-creator and co-producer of the trilingual (English, French, Arabic) documentary series Generation independence, which is part of an ongoing project on students and state-building in Algeria after 1962. Her research projects to date have been funded by the European Commission (MSCA), the Arts and Humanities Research Council, the British Academy and the Leverhulme Trust. In 2018, she co-organised the American Institute for Maghribi Studies annual conference in Oran.