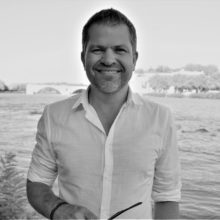 Director of the Institut

His research and teaching interests are grounded in 19th-, 20th and 21st century French and Francophone studies, and have been informed by cultural, media, memory, postcolonial, terrorist, and women’s studies. He is the author The French Resistance Revisited in Cinema, Literature, Bande dessinée and Television (1942-2012). His current book project Fighting Terror. Terrorism in Cinema and Literature in French (1948-2018) explores and places into dialogue transnational cultural responses to terrorism from novelists and filmmakers from Algeria, Egypt, France, Morocco, and Syria.

In addition to his teaching and research, he has created, participated, and led a number of undergraduate and graduate study abroad programs in Abidjan, Avignon, Dakar, Paris, Quebec, and Tours.